Last Friday I suggested we go back to a pre-Hans telling of this story and asked for renditions of alternate versions. Here are a couple of the responses I received:


First is a short-short story told in the children's book collection of "The Stinky Cheese Man and Other Fairly Stupid Tales" by Jon Scieszka.

And I love this book.

This version may still rely on the idea that a true princess will be extremely delicate and sensitive, but it's a twist. Points definitely go for the twist.

I love that in this version the prince is an avid enough bowler he has a ball hanging around he can use for just such an occasion. Of course, right?

Next is a Broadway musical comedy, "Once Upon a Mattress." Again, it is an adaptation of the Hans Christian Andersen story, but again, it's a little bit twisted.

Here's a good place to get started on that version if you're interested:


Finally, since no one else was biting at my bate to create an original pre-Hans version, I decided to have a little go at it. For the sake of time management, and child management, I tried to keep it to a page. Here's what I came up with: 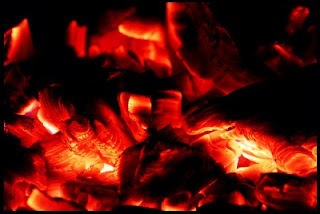 The embers glowed orange and red as she held her hands out to the warmth, listening. Her father snored loudly from the back room, his brother competing with him even in that. Uncle Jeffery was visiting for the weekend from his service at the palace, and the two broad-chested, loud-mouthed men had roared late into the night getting drunk off each others’ stories and her father’s dark ale. She didn’t want to be present for their hungover beatings when they woke.
And this time she wouldn’t be.

Standing up, she tucked her long, thick hair under her hood and dusted off her dress where she’d been kneeling in front of the fireplace. Though it was her best, the gown would look worn and tattered where she was headed, so she stilled her hands in resignation and quietly made her way to the door.

She ran back through her story: she’d explain away her disheveled appearance by saying there’d been a shipwreck down south, unfortunately she was the only survivor, and it’d taken her over a month to make her way up to the Capital on foot.

It would be easy enough to convince them she was one of the Emperor’s many princesses from the kingdom across the sea, where this country garnered spices and slaves for a cheap price. She had the olive skin and black hair to confirm her story because her mother really had come from that warm, far-off place. They would look at her dark full lips, her big almond eyes, and nod, like people did in the market when she traded her father’s wares and her own fine embroidery for grain and vegetables.

No one at the palace would question when she said she’d heard about the royal couple’s search for the perfect bride to marry their sole son, prince and heir to the throne, and that she had come to try their mysterious test. At least she hoped they didn’t.

Pausing at the door, she listened again, turning to a small hand tapping at her arm. Kneeling down, she scooped her little brother into her arms. The little brother whose birth had finally released their mother from this torment, her relief to be leaving them preserved for all time on her stiff, dead face.

“I’ll be back for you, I promise,” she said, kissing away his silent tears. He hiccuped and hid his head in the crook of her neck. They rocked together, but finally she pulled back. “I have to go.”

“What if the prince doesn’t like you?” he whispered, his somber almond eyes wide with worry.

She almost laughed. Of all the reasons she had to fear tumbling through her head, she hadn’t even thought of that. “Nothing can be worse than Papa, huh? Stay away from him today until the worst has past,” she said, holding him close one last time and then putting him on his feet. “Be brave, little mouse. Remember our plan, and I’ll be back for you within a fortnight.”

He nodded, shutting the door softly behind her.

Sliding into the shadows she hurried quickly upwards, toward the palace, shuffling through quiet cobbled streets past dirty shop fronts and rancid refuse. All this could change. Looking around, she shook her head, angry, and made a promise to herself to take care of this; to care for these people. She would not forget where she came from. She’d fix what was putrid in her life, then she’d fix what was rotting here too.

She smiled deep, hope blooming in her belly for the first time since their mother had died. Maybe she didn’t have royal relatives, but now, thanks to Uncle Jeffery’s drunken rants, she had a royal secret. A very important one, about a pea.

Total pages logged as of today: 130 + 3 pages of other writing. Points?
Moment of Magic today: 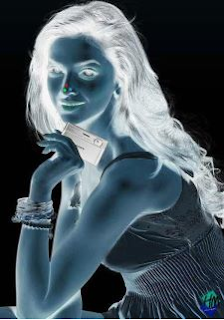 1. Stare at the red dot on the girl’s nose for 30 seconds
2. Turn your eyes towards the wall/roof or somewhere else on a plain surface
3. Keep blinking your eyes quickly