Fairy Tale Friday: The Man and the Fly 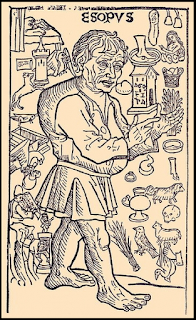 Today we have a witty adaptation of Aesop's fable, "The Man and the Fly." Interesting things can be learned about Aesop, here.


Did you know he was originally a slave?

Or that he never wrote down any of his fables -- they were so popular everyone was spreading them...like butta (obviously I had to say it). No need to write them down, eh?

Or that you weren't cool if you couldn't tell your friends some of his stories while everyone was hanging out at the local pub on a Friday night.

Next week I'll return to discussing more of my thoughts on the Guardian article. Also I want to share some stuff from an interview done with Neil Gaiman (not by me *sigh* wouldn't that be so cool? I think I'd have absolutely no idea what to say -- I'd be a fish with big, unblinking eyes and gaping mouth), talk about Ally Condie's latest post, and resurrect a quote from Charlaine Harris that I found to be more than helpful...

Happy Dragon Running this weekend, y'all! More on that too on Monday. 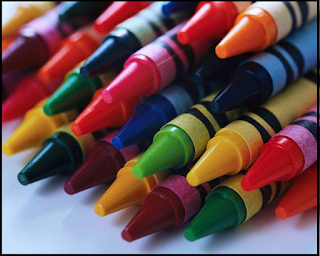 I was able to get a nap in this afternoon and woke up magically rejuvenated.


This is what it feels like to be rested?

It's been a long time since I've had a full tank of zzz's. Awesome.

Of course anything good comes with a price: Alpha agreed to go down for his nap only when he bartered for having crayons in his room and I (foolishly?) agreed because 1) we've already had the no-drawing-on-the-walls discussion, of which I reminded him, and 2) I was beyond tired enough to care.

I'll give you one guess as to what happened...


So there's a new color scheme going on in his room now, artfully picked by him, and the rest of the crayons ended up down the air vent.


And all I can say is that getting the sleep was worth it.