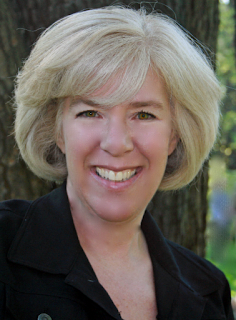 When I think of inspiration, Peggy Strack is top. It was a bleak winter morning when I first stumbled on her blog, Kick Back Moments, and I was soaking in my misery over the fact that I needed to be up out of bed rather than hibernating under piles of blankets. It was ugly.

What her writing did for me, then, was magical. I don't know how else to explain it. By the time I reached the end of her post I had a completely different attitude.

She's been one of my favorites ever since.

It’s my huge pleasure, now, to close out my run on inspiration with her interview. She sat down to tell us a little about herself, her writing process, as well as her new novel coming out September 20:

Peggy Strack writes popular fiction about challenges people face in the fast-paced and often daunting contemporary world. She is excited to launch her debut novel, A Stop in the Park, on September 20. It is the story of Michael and Jaime Stolis, a disillusioned married couple who yearn to escape the trap of the modern American dream. Peggy hosts the award winning blog, Kick Back Moments for the Saratogian Newspaper. She studied fiction at Skidmore College, The New York State Writers Institute and East Line Books and Literary Center. She is a speech-language pathologist living in Saratoga Springs, NY with her husband, Keith. Peggy has two adult sons and enjoys an active lifestyle that includes hiking, kayaking, and skiing.

Have you always wanted to be a writer?
I have always had a super-sized imagination. That in turn led to writing. I love putting my ideas onto the page, from drawing pictures as a child to writing stories as an adult. The first time I can remember thinking, I want to be a writer, was in sixth grade. The class was given an assignment to review something. I chose a Melanie concert (she was a popular folk singer in the late sixties). I spent hours writing that review. I felt so proud of my finished product and received a 98 (can’t recall why I lost two points). From there, I went on to become the editor of my high school newspaper, majored in journalism in college, and on and on.

What made you sit down the first day and begin to write your book?
Many ideas for novels have come and gone over the years. I’ve taken creative writing classes and purchased books about novel creation. But in the end, never had the time to complete a novel.  So I tucked my many ideas into the "someday" file of my brain until...

...while relaxing with my husband, Keith, on a park bench in Dupont Circle, DC, I witnessed a compelling interaction between an intense upscale white male who was losing a series of blitz chess games to an elderly African American male. The upscale man's wife and daughters waited impatiently as Dad and husband insisted on more games. I turned to Keith and said, "Wouldn't that be a great start for a novel?"

The idea simmered in my head and eventually ignited into a fire that I couldn't ignore. I had to write that story, but when? At the time I was a single parent of two sons transitioning into college, engaged to my love and best friend of eight years, Keith, working full time as a speech-language pathologist for a school district, working part time as clinical supervisor at a college and maintaining a house. Sure...write a novel in my spare time.

Fortunately, I had taken the audio version of Excuses Be Gone by Wayne Dyer out of the library. After listening to it, I decided I not only could, but would write that novel...500 words a day. I set the alarm for 4:00 a.m. the next morning and typed out the scene I saw at Dupont Circle.

What challenges did you have in the beginning and how did you get past them?
Once again, time. I stopped watching TV (except for American Idol). At night, I’d read books about novel creation and in the morning I wrote for about an hour before getting ready for work. Weekend mornings, I wrote for longer periods of time. I did take a few online classes through Writers Digest, which were very helpful.

What is your world building process?
Thus far, I’ve used settings in my stories that exist, places I’ve been, and I do research on the Internet. For the Stolis house, in A Stop in the Park, I used Zillow.com (real estate site) to find the perfect home for my characters. For the scenes at the DC school, I used a combination of descriptions from the DC School Facilities Improvement Plan. My father lived in DC for many years. I visited often, so I had a real feel for my setting.  For my next novel, the story starts in my hometown, Saratoga Springs, NY, then my main character heads to the haunted Belhurst Castle on Seneca Lake. I spent a night there by myself just to get that eerie feeling. It worked!
How do you balance writing and being an extremely busy person?
Once you find want you love to do, you make the time for it. When I started writing after so many years of excuses, words gushed out me. I couldn’t stop. Getting up an hour earlier every day was key, and it wasn’t a problem. I couldn’t wait to continue my story each morning.

When did you know your writing was good enough?
I really listened at my critique groups, and I’ve been involved with some good ones. In the beginning, I had many suggestions, awkward periods of silence as people tried to think of how to kindly, but honestly, tell me my writing wasn’t working. I revised and rewrote, then revised and rewrote some more. When I started getting comments like, “That’s fantastic,” and “I wouldn’t change a thing,” from several people, I figured, it was good enough for readers. I also have attended conferences where agents critique a portion of your work (Unicorn Writers Conference in CT is a great one for this kind of opportunity). Some contests also offer professional critiques on all submissions. I found these to be very enlightening.

Bottom line: Do I trust my own judgment? No. If I’m going to ask people to buy my book, I want to test drive it first. It’s so important to me that readers have a positive experience when reading one of my books.

What gave you the courage to make your writing public?
This quote by Wayne Dyer, “Don’t die with the music still inside you. Listen to your intuitive inner voice and find what passion stirs your soul.” I did not want to get to the end of my life wishing I had published my novel. I also had much encouragement from friends and family, which really helped.

How did you manage rejection?
I sent out many query letters and sample chapters to agents. I did receive several requests for full manuscripts, but in the end no takers. In the struggling traditional publishing industry, it’s too hard to make a profit from an unknown author. It’s almost impossible to break-in. I have many talented writer friends who’ve experienced the same rejection. The support we provide one another is priceless.

Who do you write for primarily; yourself or your readers, and are there some pieces you work on that are for your eyes only?
I write for both myself and the reader. I would say that my natural style is similar to that of Mitch Album, Nicholas Sparks, a bit of Jodi Picoult (I humbly say this for example purposes). I also like to add a pinch of magical realism into my stories. This is what I’m drawn to write and would have a hard time changing based on a popular genre, such as fantasy or young adult. That being said, I edit my writing with vengeance to  ensure that I’ve created a riveting story for readers.

I do occasionally write about personal situations that I would never share because it might hurt someone I care about or would divulge a confidence. 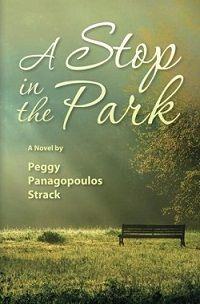 What would the top three pieces of advice be for those who are working towards getting published?
1.      Just because your book gets rejected, doesn’t mean it’s not outstanding. It means a publishing house doesn’t think they can make a profit without spending lots of promotional dollars. Figure out a way, to show an agent/editor that your book will sell.
2.      Put some money aside for your writing career. I can’t think of a business that ever succeeded without start-up funds. You’ll need to hire an independent editor, attend conferences, and buy supplies. If you decide to self-publish, you’ll need printing, marketing and design dollars. If you sell at least 1,000 copies (this number varies depending on the source), literary agents and publishers will start paying attention to you.
3.      I love this quote by Clare Cook, “If plan A fails, remember there are 25 more letters.” Be persistent.

I wish all of my fellow writers the best. Enjoy the journey, and don’t let your happiness hinge on finding a literary agent, a publisher, a number one spot on the New York Times bestsellers list. I have met so many new friends and have made amazing discoveries since I began seriously writing fiction four years ago. I wouldn’t trade the path I’m on even if someone told me I’d never see the inside of a publishing house.

Huge thanks again to Peggy Strack for taking time to share her experiences with us. A Stop in the Park will be available on Amazon.com September 20 (breakout prices on e-books and paperbacks from September 20 -21). She says bookstores will also be able to order it (ISBN: 1475150997), and that it should be available at other online bookstores within the month. Meanwhile, you can also enter to win one of three copies of her book at Goodreads up until September 18. Head over to check out more there.